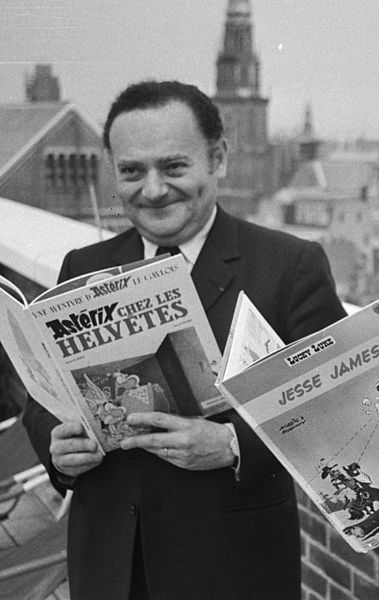 Goscinny standing with his creations

Everyone knows Goscinny as the man behind Asterix. But he was far more than that. In a career that spanned over 3 decades, he came to create and influence some of the greatest comic book characters ever.

Goscinny was born in Paris in 1926. He grew up in Buenos Aires where he published his first illustrations in the school bulletins. His father died when he was 17, forcing him to find work as an assistant accountant in a tyre factory. It was something he could not handle and he was let go within a year, at which point he found work as an illustrator in an advertising agency. In 1945, he moved with his mother to New York.

He left America in 1946 to join the French Army as their official illustrator. After the war however, he returned to New York. This proved to be one of the hardest phases in young René's life. He was living alone and broke with no work to be found anywhere. Little did he know that he would soon meet Harvey Kurtzman and Will Elder (who founded MAD Magazine) and work with them in a small art studio. This was supposed to be the start of a friendship that would last a lifetime. 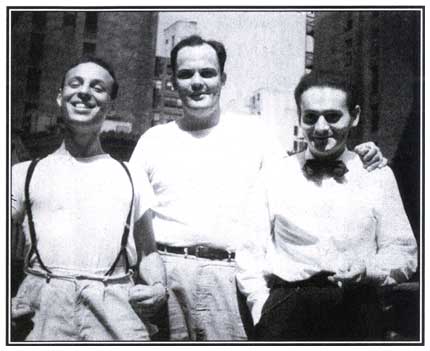 Around this time the famous Belgian cartoonist, Maurice De Bevere, travelled to the United States. In the course of working for MAD Magazine, he met Goscinny. He later let the French Cartoonist take over the writing for his famous Lucky Luke comic book series. With Goscinny writing (from 1955 to his death in 1977), Lucky Luke reached its zenith and it is still considered by many to be the golden age of the comic. 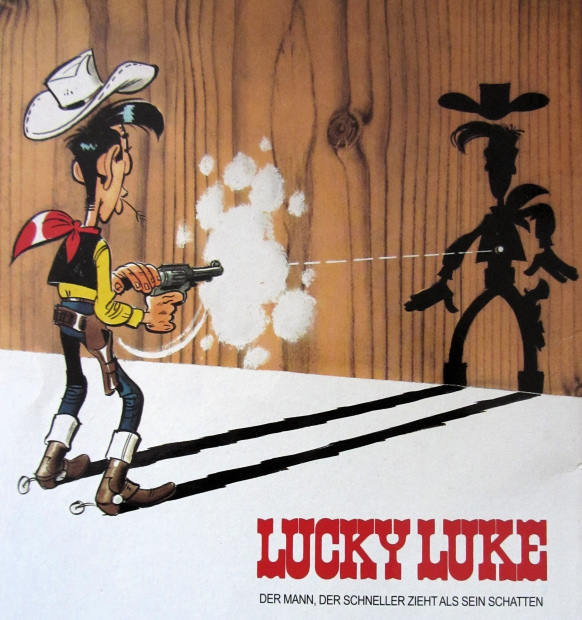 Lucky Luke can shoot faster than his own shadow

In 1951, he left the United States and went to Belgium to work with the World Press in their Brussels Branch. It is here that his life changed forever. He stopped drawing comics and decided to focus on the writing instead. And in 1957 he met Albert Uderzo and started a lifelong partnership.

They first started by creating a comic about a Red Indian called Oumpah-pah. Though the series never lasted long, it marked the start of a pairing unrivalled in comic book history. 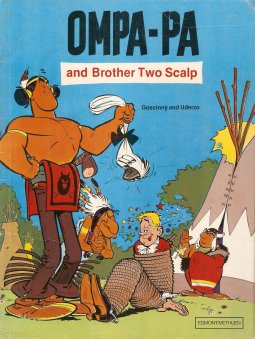 Ompapa was translated into English by Nicholas Fry

Goscinny went on to form his own magazine, Piloté in 1959. Its first issue contained a cartoon Asterix the Gaul. Asterix. It was an instant hit. Goscinny and Uderzo became famous all over France. The "Asterix" strip was translated into 15 languages, and after its appearance in book form (1959) it sold more than 18,000,000 copies worldwide. 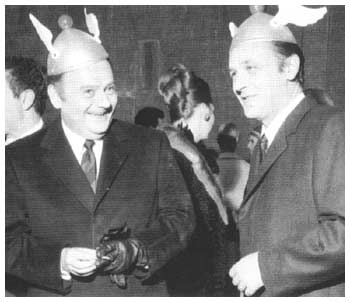 Goscinny and Uderzo at an Asterix reunion in 1967

In May 1968 he left Pilote after nine years of affiliation with the magazine that shot him to fame and fortune. But he continued to write stories for Asterix, Lucky Luke and Iznogoud as he pursued his own works. Goscinny had a huge impact on the development of the comic book as it is seen now and was instrumental in discovering new talents for the comic book world. 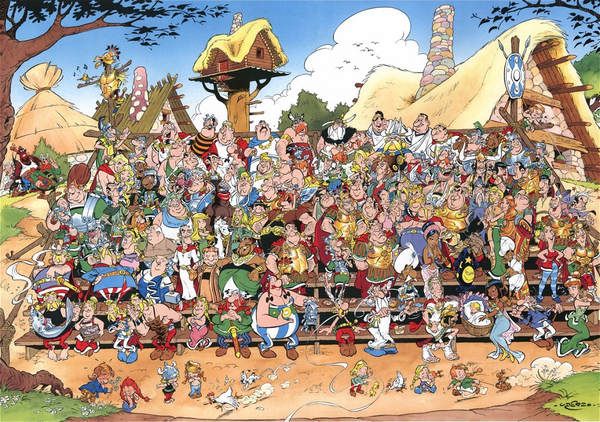 The cast of Asterix

Goscinny went on to create several comic strips and became world reknowned. He went on to write my personal favourite, Iznogouod. His fame escalated until his death in 1977 at the young age of 51. Both Asterix and Lucky Luke survived his death and were continued by Morris and Uderzo respectively. Critics however agree that both series had their golden age under the great René Goscinny. 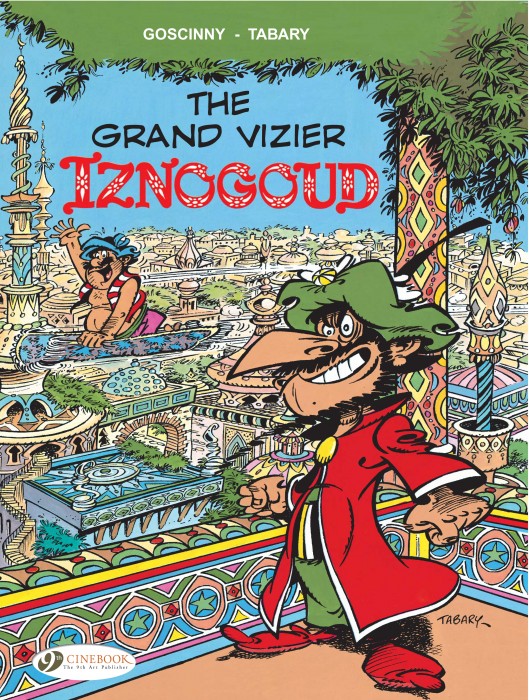